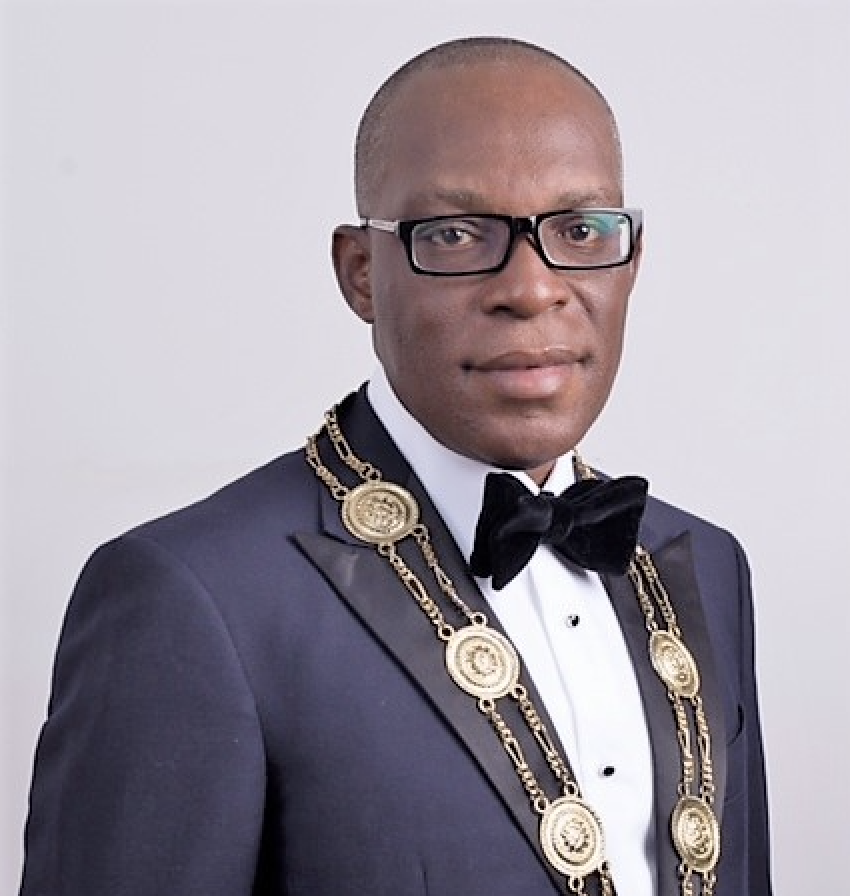 Eddie Agberia Efekoha was born on the 16th of August 1959 to the family of Chief Temisa Efekoha (late) and Madam Omotesiri Erhuvwoarho of Egbo-Uhurie in the Ughelli South Local Government Area of Delta State. He attended Anglican Primary School Egbo-Uhurie and Agbassa Primary School Warri from where he obtained his First School Leaving Certificate in 1971. He proceeded
to Nana College, Warri, a Teacher Training College, between 1974 and 1979 from where he obtained the Teacher Grade II Certificate.

As a trained teacher, Eddie taught briefly before joining Warri Refinery & Petro- Chemical Company in 1979 as a Plant Operator. It was during his stay with the Refinery that he studied as a part-time student and passed the GCE Advanced Level in Geography and Economics.

Eddie was a pioneer student of Economics at the then Bendel State University, now Edo State University, Ekpoma but spent just one academic session before accepting his admission to study Insurance at the University of Lagos in 1982. He graduated in 1985 with a Bachelor of Science degree, Second Class Upper Division, and in 1995 obtained a Master Degree in Business Administration from the same university.

His work experience in the insurance industry started with Everyman Insurance Brokers Ltd, Ilorin in 1985 where he did his national youth service and was later retained as a permanent staff. He worked briefly with Hogg Robinson Nigeria (1986-1988) from where he left for Glanvill Enthoven & Co (Nigeria) as an Assistant Manager. Due to the versatility, hard work and extra-ordinary capacity which Mr Efekoha brought to bear on each assignment given to him he enjoyed rapid promotions and in 1997 the Board appointed him Executive Director in charge of its technical operations.

Mr. Efekoha left Glanvill Enthoven & Co in 1997 to spearhead the turnaround of Fountain Insurance Brokers Ltd as its MD & CEO. The company enjoyed tremendous goodwill and reputation for professional broking services and it attained a top ten position in less than five years. The entrepreneurial drive of Mr. Efekoha led him again to champion another turnaround in 2003, this time in the underwriting sector of the insurance industry when he and others acquired the then Metropolitan Trust Insurance Company Ltd. The company was immediately renamed Consolidated Risk Insurers Plc. (CRI) and Mr. Efekoha became its Executive Vice Chairman and CEO.

Consolidated Hallmark under his direction has significantly grown its revenue base over the years and has since diversified into other aspects of financial services through the establishment of subsidiaries including Grand Treasurers Limited (GTL), a Finance Company fully licenced by the Central Bank of Nigeria and Hallmark HMO, a Health Maintenance Organisation

Mr Efekoha is an alumnus of both Lagos (CEP 14) and Harvard Business Schools and was until recently the Deputy President of the Chartered Insurance Institute of Nigeria (CIIN) and Chairman of the Board of the College of Insurance & Financial Management, a subsidiary of the CIIN. For several years in the Lagos insurance market, Eddie assisted in preparing students for both the CII London and CIIN professional examinations in property, pecuniary and business interruption insurances. Mr Efekoha joined the Governing Council of the Chartered Insurance Institute of Nigeria in 2005 and since then to-date he has served in various capacities including but not limited to being the Chairman of the Education Committee, Hon. Treasurer (June 2014 – June 2017) and member of several other ad-hoc and standing committees.

He is an avid golfer and member of the Ikeja Golf Club, Ikoyi Club 1938 (Golf Section) and IBB International Golf & Country Club, Abuja.

Mr. Efekoha is a devout Christian and an active member of the Catholic Church of the Resurrection, Magodo, Lagos. He is happily married to his best friend and soul mate, Oghenenyoreh and their marriage is blessed with three children, Ejiroghene, Oghenetejiri and Avwerosuoghene.